Settled in 1565, St. Augustine’s history books are filled to the brim with significant events. As the years have passed, St. Augustine’s soil has soaked up the blood of wars and housed those who committed murders, still unsolved to this day. Many believe these happenings have lent the city to take on the ghosts of citizens past, who still walk amongst the living.

Keep an eye out for shadowy figures as you wind up the steps and onto the landing of the St. Augustine Lighthouse, built in 1871 and still in use today. Featured in Season 2, Episode 19 of Ghost Hunters, the lighthouse is well known for its spirits. During their visit, the TAPS team were on the lookout for the ghost of a man who hanged himself on the property and a mysterious little girl who is said to roam about on stormy nights.

One of the lighthouse’s first keepers was a man named Peter Rasmussen. He was known for his meticulous eye and watchful manner of maintaining the lighthouse. He was also known for his love of cigars and is one of the first ghosts that people report coming in contact with. Over the years, the smell of Peter’s cigar has been detected by many, including staff members and guests.

Others have seen and heard another keeper, Joseph Andreu, at the top of the tower; only he’s been dead for more than a century. His presence at the lighthouse could be explained by the fact that he fell to his death while painting the outside of the tower. His spirit never left and is often seen looking out from the top.

But perhaps the most well known ghosts of the St. Augustine Lighthouse are that of the two young sisters who also died on the property. Hezekiah Pity was hired to renovate the tower in the late 1800s. His daughters, Eliza and Mary, were playing inside a cart that was being used to carry materials back and forth to the lighthouse. When the cart broke loose, they weren’t able to jump out in time and the cart slid rapidly into the bay, plummeting both girls to a watery death. 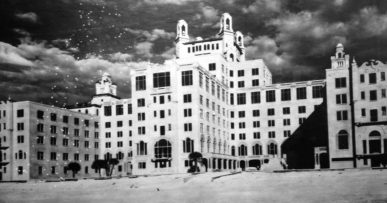 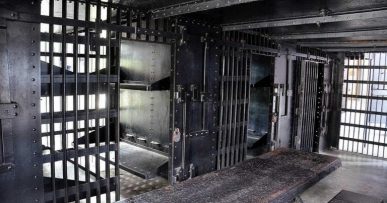